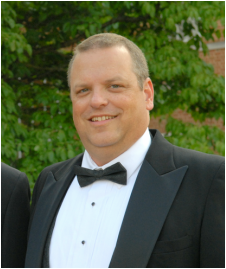 Joseph Judge joined the PCS in September of 2013.  He is Director of Choral and Vocal Music and Assistant Professor of music at Pfeiffer University and has performed numerous operatic and musical theater roles, Oratorio concerts, and recitals in the United States and Europe. Credits include  Bye, Bye Birdie, West Side Story, Madama Butterfly,  Amahl and the Night Visitor, La Boheme, Cosi fan Tutte, Street Scene, Hansel and Gretel, The Gypsy Baron, L’Egisto, Gianni Schicchi,  The Fantasticks!. Mr. Judge has performed with Opera Carolina, The Charlotte Symphony, The Charlotte Philharmonic, Colorado Lyric Opera, and Colorado Lyric Theater Festival, The Boulder Philharmonic, The Colorado Music Festival Orchestra, and The Union Symphony.

In addition to singing, Judge is in demand as an Adjudicator, Guest Conductor and Clinician.  Mr. Judge has conducted major choral works, operas and musicals, including J.S. Bach's Magnificant, Handel's Messiah, ​Haydn’s Lord Nelson Mass, Mozart’s Requiem, Brahms’ Requiem, Puccini’s La Boheme, Gilbert and Sullivan’s Pirates of Penzance, Rodgers and Hammerstein’s South Pacific, The Sound of Music and Meredith Wilson’s The Music Man.  He has served as the Musical/Artistic Director for the Charlotte Chorale and the Stanly County Chorale.

Prior to his appointment at Pfeiffer, Judge served for nearly a decade as Director of Music and Worship Arts Ministries at Matthews United Methodist Church where he supervised a five member music staff and was responsible for the musical direction numerous ensembles.

Mr. Judge received a B.A. in Music Education from Pfeiffer University, where he studied voice and conducting with Dr. Richard Brewer and his M.M. from the University of Colorado, under the tutelage of the late Dr. Barbara Doscher. An active member of the National Association of Teachers of Singing (NATS) and a respected teacher, Judge maintains a private voice studio in Charlotte area. He has taught for the University of Kentucky at Lexington (Graduate Assistant) and served as a master clinician for the Charlotte Mecklenburg High Schools, presenting master classes in vocal technique, vocal diction and interpretation. His students perform in concerts, operas and musical theater productions throughout the United States and abroad. 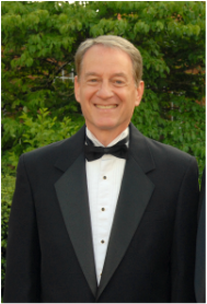 ​Don Simmons joined Piedmont Choral Society in September of 2014.  Dr. Simmons was born and raised in Kannapolis and  began playing the organ for his church at the age of 14.  He is a graduate of the University of North Carolina at Chapel Hill.  Simmons earned his Master of Music degree in organ performance and a Doctorate of Sacred Music from Northwestern University in Chicago.  He spent 29 years in Illinois teaching and working in the position of church music director and organist.  Dr. Simmons is a renowned keyboard musician and has taught piano  and organ his entire adult career, as well as being involved with church music.  Dr. Simmons is adjunct Professor of Music at Pfeiffer University, as well as music director and organist of Kimball Lutheran Church in Kannapolis.  He resides in Kannapolis with his wife, Kay.